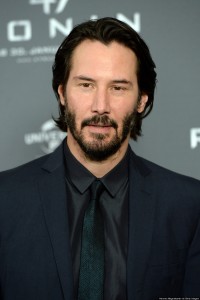 Thank you for the lessons – it was the best possible way to begin to learn the game ..

.. you are a gentleman and a scholar and a true teacher 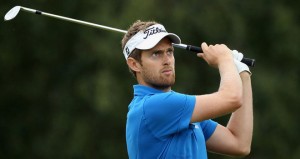 “Having come through all levels of amateur golf with the EGU, and now spent 7 years as a professional playing The Challenge Tour and European Tour, I have worked with many coaches, with many ideas…
I started working with Richard around May this year, and this has drastically changed my perception of the golf swing. Since working together I have seen a big improvement in both swing, and control of the golf ball…” 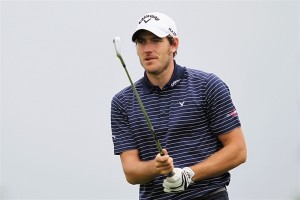 Professional on the European Tour

“I have been a Professional golfer since late 2006 competing on the European Tour and The European Challenge Tour. My experience of golf coaching had been a fairly common one; I had seen county coaches, national coaches and then seen a few ‘Tour’ coaches in my time as a professional. However, it was only once I began to work with Richard that I finally felt that I was speaking to a coach that talked about the golf swing as a movement and not as a series of positions that I needed to try and achieve on a camera.

I began to work with Richard after I sustained yet another injury due to playing and practising. He explained the swing in a far more detailed yet uncomplicated way to any coach I had worked with before, and I was able to understand why what I had been doing has affected my body and my golf in such a negative way…
He has gotten me away from the very old, generic and monotonous way of thinking about the golf swing that brought about injuries… I now understand it better and also am playing to a far higher standard. My only regret is that our paths didn’t cross years before!”

Neal Dinan, BSc(hons), FAFS
Head of Strength and Conditioning, European Tour Performance Institute, Dubai
“I was introduced to Rich by a sports specialist osteopath regarding the future and development of golf and the players themselves.  Rich spoke with me for 3hrs in his swing suite. We barely touched a club but spoke about his philosophy on coaching and the future of golf.  Rich exuded passion as he spoke about the role of the coach, the involvement of an integrated sports medicine and strength and conditioning team.  I was genuinely taken back by Rich’s intricate knowledge of human movement and had to remind myself that this was a golf coach standing in front of me yet he displayed a skill set far beyond what I had anticipated.  His words have influenced the way I coach and approach my training sessions from grass roots level all the way to the elite golfers I work with.  I only wish Rich was with the team here in Dubai so I could work more closely with him.  I hope his ethos will stretch far beyond his own realm.”

“I had the good fortune to be introduced to Richard a few years ago, I was 54, and had been playing the game for about 14 years with a handicap of 16.

I had various instruction throughout the years, the one constant was that the huge variation in teaching techniques, I found it difficult to confidently develop my game using one main philosophy…I suffered from poor flexibility, and often would finish a round feeling very stiff, especially the lower back, and tired.  Post 2 years with Richard my game has changed dramatically and I’m now very close to single figures. I feel noticeably fresher post round and suffer far less in terms of body stiffness. …His philosophy is clear and works, my only great regret it I didn’t meet him years ago.”

“I first met Richard Ellis a year ago, in November 2013. Aged 36, I was on the verge of giving up golf… I was constantly frustrated by my inability to improve. I was stuck in a rut of shooting 85 to 95 on a regular basis.
Moreover, I was tired of taking lessons with PGA qualified professionals and being given an enormous range of contradictory advice……none made much sense.

Richard clarified golf in the first 5 minutes… it’s so logical I defy anyone to compellingly take argument with his methodology. Following Richard’s insights, within 8 months I got to a 9 handicap at Sunningdale Golf Club. Last month on the Old Course I shot a 73. I have not suffered a single injury despite being relatively unsupple and unfit.

…I believe that Richard’s methods have the potential to change the way golf is taught the world over. Trust me, if I can shoot 73 round one of the UK’s toughest inland courses, anyone can.”

Golf membership: Wisley
“I have been having lessons with Richard Ellis for the last 15 months and his has completely transformed my enjoyment of golf.
I have had 7 previous professionals and have never come across anyone, including the professionals from Wisley and Sunningdale, who have been nearly as good as Richard.
I used to have problems with my back after playing golf and with the new swing he has taught me, these have disappeared. His method of teaching is simple, easy to understand and very effective. My only hesitation in writing this testimonial to you is that he will not be as available to me in the future. He is easily the best person I have ever met teaching golf.”